Inverted basket hitches are called to as equalizing hitches because the sling can slip through the hook depedning upon the load weight distribution. Be sure to employ the “four ends down”, North to South, load engagement system.

Slings “skipping” through hardware components can become damaged. Balancing the load is critical and necessary to prevent sling damage and failure.  Extra care should be taken when using slings in a basket hitch to balance the load to prevent slippage. More than one sling may be necessary to control the load.

If practical, take a full wrap around the load to grip it firmly and be sure that when using multiple slings, they do not cross over each other. Wrapping the load is a legitimate method of minimizing excessive sling length. Other methods, such as, twisting and knotting radically reduce the sling’s Work Load Limits. When the load is “wrapped,” the sling’s Work Load Limit is not increased, but load control is. 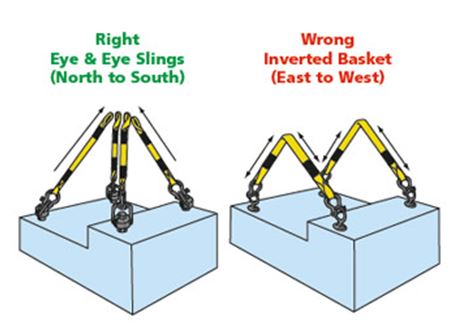 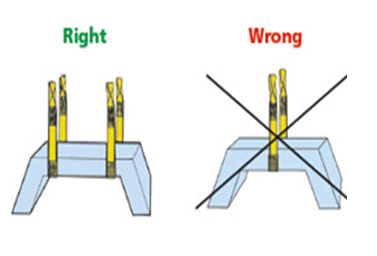 The choke hitch should always be pulled tight before the lift is made, not pulled down during the lift. A sling rigged in a choker hitch (not double wrapped) does not make full contact with the load. Use multiple slings to balance the load and wrap the load to ensure full contact. Ensure multiple slings do not cross. Choke on opposite sides of the load, if this action will not damage the load, but maintain load control. 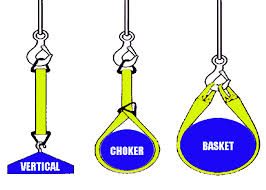 Always use a choker hitch when turning a load. If the sling is not rigged properly, the turning action will loosen the hitch, resulting in load slippage. Place sling eyes on top of the load, pointing in the opposite direction of the turn. The body is then passed under the load and through both eyes. Blocking should be used to protect the sling and facilitate removal. Basket hitches should not be used to turn a load. Always downgrade the choker Work Load Limit to about 80%.

For a tighter choke hitch, which provides full, 360° contact with the load, take a full wrap around the load before choking the sling. Ensure that multiple slings do not cross. When the load is “wrapped” the sling Work Load Limit does not increase, but load control does. 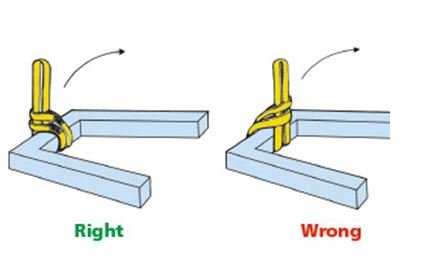 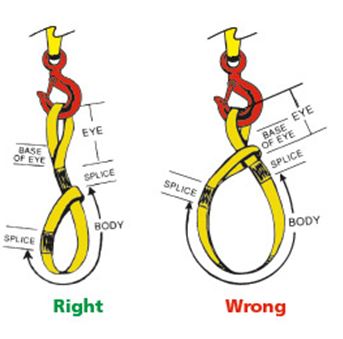 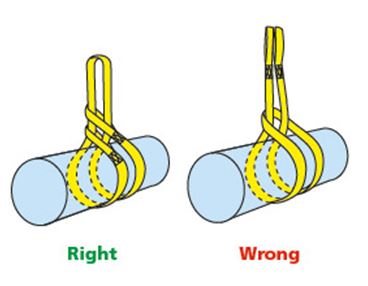 We hope you found this article useful.  As always, be sure to click the like button for your favorite social network below and share the content love!  If you want to be notified when new posts come out, be sure to subscribe using the form on the right.

One thought on “Hitches for Rigging Loads – The Right and Ways”